The Flat project occurs within the Iditarod Quadrangle where the dominant structural feature is the regionally extensive right-lateral, strike-slip Iditarod-Nixon Fork Fault, which extends from the southwest to northeast corners of the quadrangle. Substantial vertical movement is inferred across the fault with the north side up thrown1.

North of the fault zoned multiphase stocks of Chicken Mountain and Swinging Dome (59.4 to 63.4 Ma) intrude Kuskokwim sediments and are genetically related to accumulations of intermediate and felsic volcanics. Hornfelsing occurs within both the sedimentary and volcanic rocks adjacent to the intrusion margins. The intrusive centers are aligned in a broad belt paralleling the fault.

For reference, south of the fault, hypabyssal bodies of rhyolitic porphyry intruding Kuskokwim sediments are predominant, with rhyolitic dike swarms hosting the Donlin Creek Deposit which contains a resource of +30 million ounces of gold. Age of intrusion and mineralization of the Donlin dykes ~71Ma is similar to the age of emplacement of the Chicken Mountain complex2.

Low grade intrusion hosted (with potential high-grade zones) within altered, fractured and veined late-stage phases in the Chicken Mountain stock. Notably the most significant gold is hosted within the late-stage quartz monzonite at Chicken Mountain, which appears to have been the major source of placer gold in the Flat district. At Chicken Mountain gold occurs as widespread disseminated and fracture-controlled gold mineralization in pervasively altered, unroofed central phase of the intrusion. Mineralization occurs within quartz-clay-iron oxide-sulphide veinlets and veins, which contain free gold, arsenopyrite, pyrite, stibnite, cinnabar and rare chalcopyrite molybdenite. Mineralization appears to be controlled by a north trending structural zone termed the “Chicken Mountain Structure”. 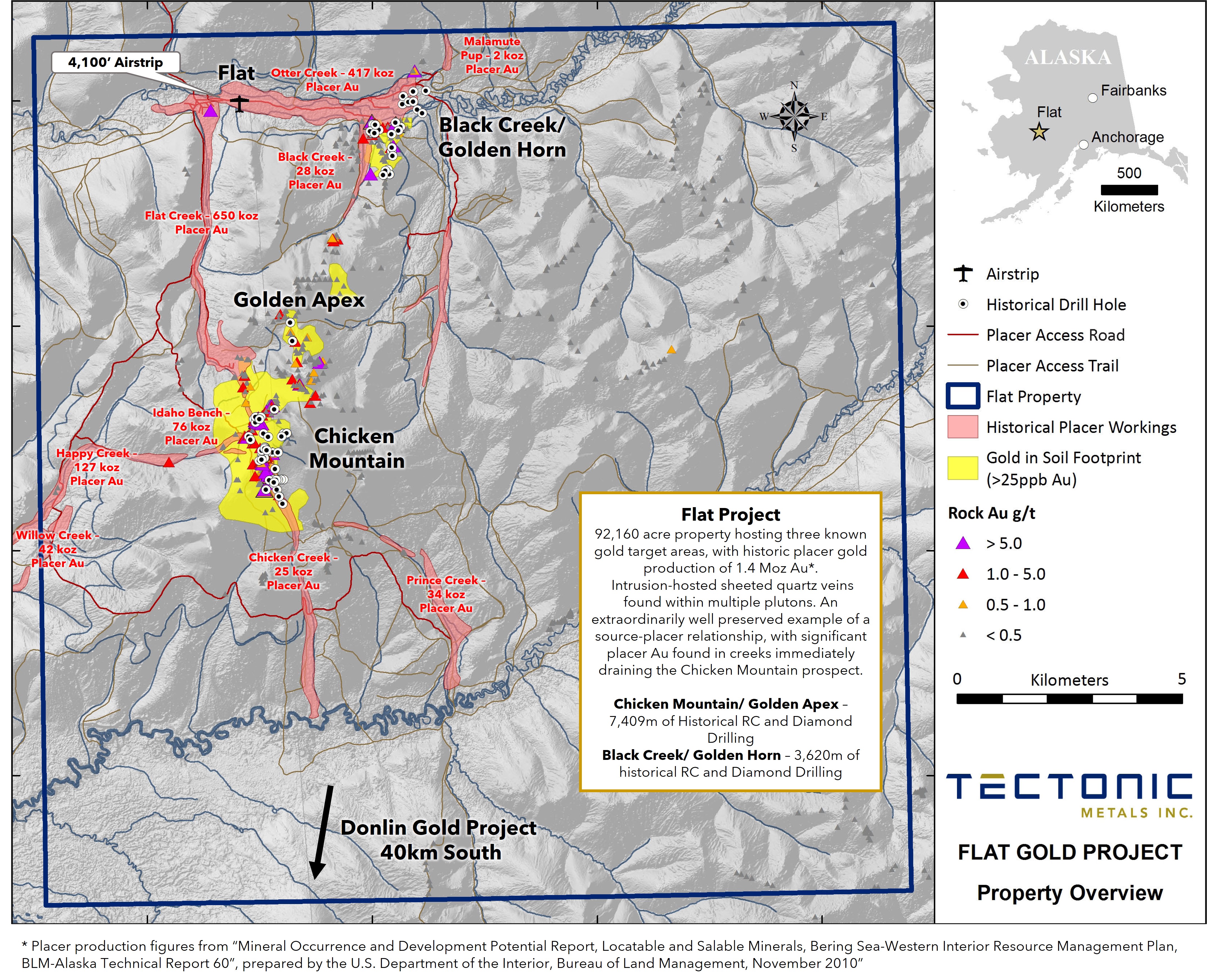